For men who sleep with women, the clitoris has always been a bit of a riddle. It’s powerful, yet temperamental; it’s feared as much as it is revered. Then, of course, there’s always the old joke about the poor guy who still hasn’t figured out where it is.

But while this fascinating piece of sexual anatomy isn’t nearly as confounding as locker-room humor has made it out to be, really pleasing a clitoris does take some finesse. It’s worth the effort, though. When fully aroused, this area’s desire for touch can be insatiable – and its owner can become insatiably orgasmic.

Sounds good, right? But how, exactly, do you get there?

Well, we’ll get into that. In depth. But the answer amounts to one simple word: “charm.”

If, at this point, you are thinking this will be a piece about how to get a woman into bed, turn back now. It isn’t. That one isn’t about charm – it’s about consent, and you had better get some before you even think about getting it on. Got it? Good.

So. Back on topic: If you want to please a clitoris – and the person attached to it – you have to think of yourself like a snake charmer. The clitoris may look like a button you can just push for pleasure. It isn’t. Most of the time, this little bundle of nerve endings lies nestled comfortably in the dark; cool, covered, content. But, once coaxed out to play, it can rise up, stand to attention and radiate pleasure through the entire body. You just have to learn what it likes – and then use that knowledge to charm it to orgasm.

The Anatomy of the Clitoris

In order to begin, allow us to first take you on a tour of this fascinating piece of sexual anatomy.

If you have – or have interacted with – a clitoris before, you probably think of it as the small bit you can see outside the body. It’s located below the pubic mound, at the top of where the labia meet. For most people, it’s a very small and very sensitive area, which is why it’s huddle up inside a piece of skin called the clitoral hood. 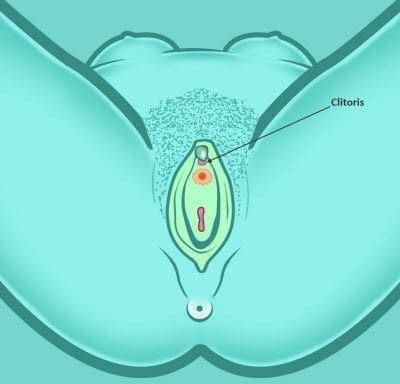 This external portion of the clitoris – or the part you can actually see – is called the glans clitoris, and…

Email Me When Available We will inform you when the product arrives in stock. Just leave your valid email address below.